As a kid, I was terrified of speaking out about anything and everything; at home and at school. Counting was the only way I was able to muster up the courage to get my voice heard. I would count to 3, 5 or 10, pushing myself on the final count to say what I wanted to say.

Coming Out As LGBT+

I officially came out when I was 21 years old. Well, my mum helped me. It happened over Christmas dinner in the most loving way possible. When a family friend asked me “Do you have a boyfriend?” My mum simply replied “No, she has a girlfriend!” Turns out I didn't need to say anything. They already knew.

The Authentic Self Process

In a cold, bare probation office on a wet and windy day in West Yorkshire, England, I created the Authentic Self Process; an extraordinary powerful 3 step system to release the masks you wear and the stories you have created from past experiences. I was teaching adult ex-offenders at the time. The Authentic Self Process was developed as a result of my observations and interactions with ex-offenders and the work I did with them to release the masks they wore so they could reconnect to their Authentic and true self.

I had a stalker. It really shook me up. I decided to leave my role teaching ex-offenders. I started teaching in a college but soon in to this role I experienced a series of LGBT+ related hate incidents at work, which included a significant period of bullying. This impacted dramatically on my physical health, which in turn affected my performance at work. The stress I felt, as a result of the hate incidents on a daily basis, resulted in me having IBS - irritable bowel syndrome. I wasn't able to teach classes in the mornings.

I began hiding who I really was behind a mask: at work, at home and with my loved ones. It reached a point where I became exhausted from pretending to be someone else. Someone I’m not. Self-censoring my behaviour and having to triple think everything I said before saying it was incredibly draining. I was tired, stressed and at breaking point. Something had to give.

I went on a journey to get less stressed and healthier: body, mind and spirit. I learned simple and practical things that I implemented quickly and went from being a size 16 to a size 6. I have maintained my weight for 10+ years. I wrote a book about the strategies I used to go from a size 16 to size 6 (with no dieting or supplements) and to clean up my mind. It went on to become a best-seller!

In the process of getting healthier, I began to realise the power of my mind. I was caught up in past hurts, the expectations I had set for myself and old messages and conditioning from my childhood. I was letting other people's expectations of me, how I felt about myself (not good...) and not being able to express myself get in the way. It was dragging me down. It had to stop.

Enough was enough. I had internalised all those messages of hate, unconscious bias and judgement and they were slowly eating away at me from the inside out. I had made the decision. I was going to leave teaching and start my own business. Scared to death, no experience and not sure what I would do, I took the first step. As you do. I released my book. I took the leap and realised the other side was nearer than I could ever have imagined.

My book was the catalyst for a tidal wave of events. It was a best-seller. My mum was chuffed to bits. I went from counting to 3 in my head to speaking on global stages to 1000s of people. I had been acting since I was 11 years old, to overcome this fear I had of speaking out. I won a Speaker Of The Year Award and as I shared my story of workplace bullying, I was invited to work with more and more multinational corporations and Fortune 500s. I became a world-renowned consultant and trainer, specialising in being your Authentic Self, psychological safety and LGBT+ inclusion training.

I was asked to be a contributor to leading global LGBT+ publications such as Pink News, Vice, Gay Star News, Diva Magazine + Curve Magazine. BBC journalists + Sky News started to contact me to advise them on potential news stories, to comment on current issues and to work with them to reach the LGBT+ community. Cosmopolitan wanted a piece on LGBT+ relationships. Psychologies wanted a piece on being your Authentic Self. Forbes, BBC Radio, BBC Three, The Telegraph, The Times, The Sun, Metro. All wanting to hear more from me about being your Authentic Self, psychological safety and LGBT+ inclusion.

AND THEN.... I was asked to interview celebrities. I jumped at the chance. I want to have my own TV show and this, I thought, is perfect practice! I have interviewed Olympic Gold medallists, one of the busiest character actors in Hollywood, household name best-selling authors, world record holders, award-winning journalists, a celebrity dentist and the first primetime actress to come out as a lesbian. I learned so much about being your Authentic Self from the likes of Glenn Morshower, Dr Joe Vitale, Amanda Bearse and Sharon Lechter. I NEARLY interviewed Hayley Mills too. Ask me about that sometime...

I was an actor when I was younger, starting when I was 11 years old. I joined the local theatre group and was in many theatre productions throughout my teenage years. I even toured a play to Hungary IN Hungarian. I devised a process for creating an authentic character. Since starting my own business, I've been working with actors and directors in TV and film on 'Playing It Gay' and creating authentic characters. I advise on and off set on how to create authentic gay characters, using the process I created as a teen. These have become known as the Playing It Gay Guidelines - for straight actors playing gay characters.

The Authentic Self Suite

Working with multinational corporations, I could see very clearly that there are 5 key areas that organisations need to address, to ensure everyone can bring their whole self into the workplace. I call them The 5 Pillars Of Psychological Safety. Aware of Amy Edmondson's work, I knew there was no blueprint for creating psychologically safe workplaces. So, I devised it. These 5 Pillars are the foundations and building blocks being used around the world to create fully inclusive workplaces. Again, aware of the different ways people learn, I created a Psychological Safety Online Course, deliver onsite training and work with multinational corporations to Embed The 5 Pillars into their organisation. 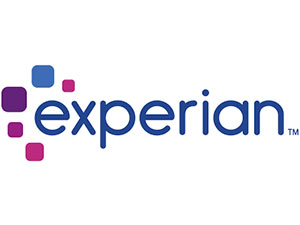 15 years ago Gina Battye created the Authentic Self Process, and more recently The 5 Pillars Of Psychological Safety.

Since winning a Speaker Of The Year Award, Gina Battye gained international recognition and a celebrity following.

She has been creating content since 2014 for her followers, with over 10 million people accessing her content and teachings each week.

In the last four years Gina has been called upon to advise and consult on best practice for actors playing LGBT+ characters; to ensure authentic delivery of LGBT+ characters and LGBT+ relationships in film, TV, theatre and radio.

As a result of this work, Gina has created the Playing It Gay Guidelines, for straight actors playing gay characters.

Watching Gina at work is mesmerising. Working with C-suite execs, senior leaders, employees, actors, directors, celebrities, public figures and audiences around the world, Gina has the rare ability to electrify everyone on set and in the room whilst delivering original and useful insights that lead to individuals blossoming and reconnecting to their Authentic Self.

As a media friendly experienced expert, with an acting background, Gina's work has been featured widely in the media, including:

Gina is an advisor for the BBC and ITV.

She is a passionate advocate and spokesperson for the environment, wildlife and nature; both on land and in the oceans.

Gina is committed to reforestation. She plants trees for every project that she completes. She aims to match the organisation she is working with, with the most suitable project (nationally or globally) and plants a number of trees to align with the size of each project. Gina loves you to get involved in the decisions and obviously, if you would like to match fund the trees planted, that would be great and very welcome.

By planting trees, together we are working to reduce emissions, as well as open up new habitats for wildlife and ensure many more people like you will be able to create new memories with their friends and family in leafy green spaces in the future.

These are Gina's chosen UK charities that she makes financial contributions to:

Dr Joe Vitale: Law of Attraction expert and featured in the movie The Secret.
“It was a joy to work with Gina. I highly endorse her and love her. I will work with her again. If you have the chance to work with Gina - do it. She’s the best!”

Roz Savage MBE: the first woman to row solo across 3 oceans.
“Gina is amazing. She’s an absolute bundle of energy and makes you feel like you can take on the world. She’s smart, sassy and wise. She initiated an incredibly powerful SHIFT in me. I’m so happy to have Gina in my life.”

Michelle Cameron Coulter: Olympic Gold Medalist and 6-time world champion.
“Rock Star Gina is so awesome. I love what she is doing. If you get the opportunity to work with her - DO IT!”

Glenn Morshower: Hollywood Actor – one of the busiest character actors in Hollywood today
“I highly recommend Gina to you. It was a pleasure to work with her.”

Earth and the Planet

Coordinating a group of volunteers each year to engage in protection and conservation work overseas. Please enquire if you are interested in volunteering to support this work.

Chamomile and lavender tea shared with a loved one/friend

The overwhelming beauty of nature (sunrises, sunsets, the moon, abundance of wildlife all around, the elements) and being out in it

The experiences on the senses (the sights of a bustling market, the smells of herbs and spices in the air, the feel of the sun on your back)

Animals and their unique energies

Understanding how things work and processes

Thinking of questions no one else has asked

The search for truth and reason

MEDIA ENQUIRIES
COURSES AND TRAINING WITH GINA
GINA IN THE PRESS
We use cookies to ensure that we give you the best experience on our website. If you continue to use this site we will assume that you are happy with it.Ok